It’s been more than two weeks, and unpacking has a long way to go. I am so physically weary of the process that I now unpack for a day or two and then need a day off. The largest room in the house is my office. I have made headway there. Books fill the bookshelves. A file cabinet is filled with supplies that are in some order. My desk is assembled and has space for me to work. Most of the furniture that will remain in this room is in place. My kitchen table will now become a conference table. I have not yet attached two of its legs so that I can set it in place. A mover handed me some washers and screws during the move. I put them in a “safe” place, but that box has not yet appeared from the rubble that is my storage room. That room still looks like the government storage room at the end of the movie Indiana Jones Raiders of the Lost Ark where the Ark of the Covenant gets filed away.

My bedroom is 90% unpacked. It needs a little organizing. When the movers were unloading they filled my closet with things that should have gone into the store-room closet. I need to move them to make room for what is waiting to go into that closet. Then I can finish that room. Of course, the storage room is filled all the way to the door. The work must wait.

The bathroom is small, so I unpacked it first. It looks pretty good.

Sifting through the haphazard collection of a 56-year-old woman’s life in boxes marked no more specifically than Kitchen, Bathroom, Bedroom, Office, and Stuff has convinced me that much of this must now go.

I had no time to weed through stuff before the move. But this time capsule in which I now live feels like a confused jukebox. One minute I am opening a box in which I relive high school. I keep hearing Seals and Crofts singing Summer Breeze and We May Never Pass this Way (Again). I find journals from college in the next box. The soundtrack from those years is very disconcerting and revolves around guys I was dating. Don’t Go Breaking My Heart by Elton John, Weekend in New England by Barry Manilow, and C’est la Vie by Emerson, Lake and Palmer, do battle with countless disco songs. I still have the LPs, cassettes, and CDs. In the next box there are wedding photos from the marriage I hope will finally be annulled this year–today would be my 32nd anniversary. I hear Dan Fogelberg singing Longer, a song sung at our wedding, but our song was Babe by Styx, and he did leave me, so it is the song that lingers longest in my memory as I encounter items I received at the time we wed.

I collect. I have a number of blue and white porcelain items: lamps, vases, pots, figurines, and boxes. I have pink and green Depression glass. I have children’s books, mostly written when my mom was a child. I have thousands of books on various subjects. Long ago I imagined these would be interests I would pass down, but I never had a child who would be saddled with my proclivity for assembling collections.

I suppose I should do my family a favor and get rid of them. After all, I might only live as long as my dad did (59). I may sell them off now. But this is the “wealth” I accumulated in my life and it is difficult to “spend” it when I could live as long as my great grandmother did (99). What I do know is that it takes too much energy now to pack, move, unpack, or even experience all of this again.

I don’t need another thing, except a couch or maybe a chair or two. See how easy it is to keep accumulating. Barb and I were in the store buying moving supplies a couple of weeks ago. She saw me looking at a display and started scolding me not to even look at anything!

Kevin, my former naturopath, once told me that the reason why I collected and could not part with so many things was that I am a Pisces with a south node in Taurus. The Taurus south node was tied to things that provide comfort. It also made me stubborn so that I would not part with them. I don’t know if I believe it is that simple. I think, however, that I might have enough containers to open my own Container store. Maybe life would improve without at least some of them.

(Image of Taurus)
It does not help that I am physically affected by cancer treatments in ways that linger. My knees have had it. The joints were never a problem before my 2011 diagnosis with cancer.  I think it was the chemotherapy that rendered all of them “tricky.” At the end of the day I lie on my back in bed and listen to little clicking sounds every time I adjust my position. The neuropathy in my hands has become more than annoying after weeks of packing and unpacking. I am very conscious of the fact that I have an uncorrected hernia. My mom keeps telling me, “Enjoy this moment. It’s going to get worse!” She’s probably right.

I’ll tell you what part of me feels younger than ever though. My mind. As I have pondered thousands of reminders of days gone by I could not help but think of what is just around the bend for me. Today it is raining. I sit at my desk that faces a busy street. Cars rush by, their tires making that shushing sound that draws me down an unexplored road. If I got in my car with no itinerary, where would I drive? My current home is mere blocks from Lake Michigan. Today I would drive north along the lakeshore until I could drive no farther. There is nothing that makes me feel happily tied to my world like a shoreline. Perhaps that is my water sign directing me.

There are trees in front of my window. As the rain strikes the leaves and then bounces down to the ground below, my eyes are drawn up to the sky. It is gray with clouds, but a plane passes just to the north, and I think about travel. Where would I be today if free to fly away? I think I would choose to sit in some huge cathedral in Europe to contemplate lives spent on the construction of a single building that could not be completed in one person’s professional lifetime but would still draw in people many, many years after its architect’s death. Imagine using your life to leave such a monument. This must be that Taurus south node at work again.

In the back of the building there are workmen finishing a new deck that makes me think of parties. If I could have the party of my dreams, who would be on that guest list? Ah, that I will keep to myself, except to say that I might need the help of a higher power to assemble everyone whose company I would enjoy even for an hour.

If I disentangle myself from some or all of what now holds me down, will I catch the upsurge of a breeze and fly away? Who can say? 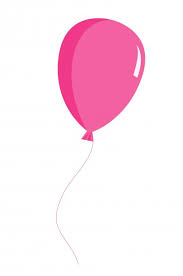 It almost is enough to make me forget that I see Dr. H on Monday for my six-month check-up. Bummer.

What have you hung onto that ought to now wind its way somewhere else so that you can feel free for new adventures as well?