DePaul University has invited me to obtain a certificate in diversity skills. The first segment of the certificate program deals with the “etiquette” of dealing with disabilities. Having been terminated for having cancer (arguably a disability), I am very interested in anything the university has to say about the subject, including anything it has to say about doing it politely. This is part of the email sent to me:

“The Office of Institutional Diversity and Equity is pleased to announce the launch of B.U.I.L.D., a professional development diversity certificate program available to all faculty and staff.  B.U.I.L.D provides participants with the “building blocks to an inclusive campus”, by:

“The B.U.I.L.D. Diversity Certificate program reflects DePaul University’s commitment to create a learning culture that values diversity and inclusion. This certificate program helps participants develop cultural competencies, offering the tools necessary for linking diversity to organizational and work performance, and connecting the University’s Vincentian mission of dignity and respect for all individuals to our core operating business principles. This program may be completed within 18 months, and offers a full range of required and elective courses. Participants will have the opportunity to complete a “capstone” practicum project as part of the certification.

“The first available workshop to count towards certificate completion is Disability Etiquette, Awareness and Understanding which will be held on Tuesday, February 12, 2013. The training uses lecture, discussion and cases, to guide participants through disability etiquette & awareness issues from a social justice perspective. Examples of appropriate actions, language, etc. will be reviewed on a disability specific basis.”

I am concerned about the word “etiquette.” Education that averts discrimination on the basis of disability is great. Education that merely makes it more polite is not.

I attended a meeting this week (yes, we finally did have a meeting) at which one of the attendees said that when his students make certain mistakes he describes them as “retarded.”

I immediately said, “I think you should sign up for next week’s seminar on the Etiquette of Disability.” I sometimes wish that the tongue was not as nimble as the mind. As quickly as I said it I was thinking to myself, “Great. Things are just getting back to ‘normal’ and I have gone and used the ‘D-word’ in a meeting with a supervisor present.” But, honestly, what kind of wordsmith uses that word? I even considered referring to it here as the “R-word” because I find it offensive due to a dozen disrespectful uses of it that come to mind whenever I hear it. I decided to spell it out because it was critical to making my point.

His reaction surprised me. He said, “I can’t think of a better word for that behavior.”

The man obviously knew nothing of my situation. There was zero sensitivity to the plight of one who has been found to be disabled and sidelined for it.

It reminded me of a time in my career when I attended a lunch meeting of an organization to which I belonged. During the lunch, one of the members talked about a legal issue involving people who claimed that a facially impartial employment practice had the practical effect of depriving senior employees of credit for service that they needed to qualify for certain pension benefits. She said that a member of her team had described the potential claimants as “pension n******.” I do not use the “N-word” because it is impolite but, more importantly, because it is one of those words that reverberates with hatred and disrespect. No matter how you intend it, the word’s many nasty connotations travel with it.

The room got pretty quiet–even more so when the speaker realized that the audience was shocked. To this day I think she, like my coworker who used the “R-word,” just did not understand how words can hurt. I do not excuse either of these people. I just allow that they may not have intended the offense they caused.

Back at the meeting in which an attorney used the “N-word,” the entire incident became so much worse when a senior member of the organization said, “Thank goodness we don’t have anyone of color in the room.”

I looked up into the eyes of the African American colleague seated across from me and shared the moment when we realized what the speaker did not. There was person of color in the room. And what had already been an awful incident had somehow become worse because someone we respected was treating this like an off-the-record moment. We were about to go on as if nothing serious had happened. What goes on behind closed doors is, after all, what is most pernicious. If I know who my enemies are because they toss their fighting words in my face, then I can arm myself, can’t I? When they cloak ignorance and disrespect in polite words or conceal their motives, well, I have to box a shadow and it is tough to wound shadows. Even if you turn light on shadows they disappear, don’t they?

On another occasion in my career I sat at a board room table with a bunch of men old enough to be my dad or grandpa. I was going to work on a lobbying project for their industry. I sat beside a senior attorney who was serving as my mentor at the time. During the meeting one of the attendees drew the symbol for Batman but with the bottom of each wing depicted as a breast. Beneath the image, he wrote “BATGIRL.” 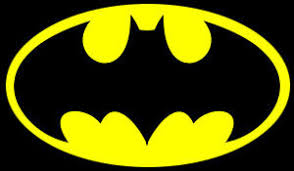 The men at the table passed it first to their right so that it came closer to me. It came close enough that I managed to see it. I was in my thirties at that time–old enough to school my expression and betray no reaction. Eventually someone realized that I might see it and the paper began to travel to the left. All the way around the table there were various reactions of humor, but, even when there was no visible reaction, the men passed the paper. When it reached the man who sat beside me, he alone shook his head “no” and looked sternly at the man who had passed it to him. Then he turned it over and went on speaking.

He never looked to me for approval. He did not raise the subject after the meeting and ask me if I had taken any offense. He did not apologize for our colleagues or his gender. I appreciated the way he handled it because, at that table, he, like me, was a service provider. He had to think about his relationship with our client as he chose his reaction. But he used some of his “intellectual capital” with the client that day to do the right thing in the situation. He trained by example.

In the many years since that meeting I have taken certain stands that have cost me. There also have been some times when I took another approach and let the moment pass. On some of the occasions when I have spoken up I have suffered consequences, including consequences that affected my income and my stature in the workplace. On some of the occasions when I have been silent I have felt far worse than after having been singled out for a reprimand for refusing to go along with the “flow.”  If I could get back certain moments in my life it would not be to relive my youth or take a different shot at first love or choose a less travelled road. If I could get back certain moments of my life it would be to redeem myself by expressing myself more forcefully. I wish that I always had the guts to protest injustice done in my presence.

Anyway, when my colleague this week defended his own use of the R-word, all I said was, “Maybe you should sign up for that class in Disability Etiquette.”

Everyone who offends does not intend to do so. All of us face situations in which we struggle for the best way to express a reaction to another’s offensive language. A few lessons in etiquette will not necessarily coach others to take their ignorance behind closed doors. It may coach them to choose words more carefully so that people used to being slighted can live without having to deal with the unintended indignities they now encounter.

What would really help though would be classes that educate about the reasons why healthy and successful businesses succeed by stamping out discrimination in their public and private communications. I am hoping that DePaul’s new seminar and staff certificate program will do that, rather than merely make people more polite in public settings. It is as important to wrestle with bias behind closed doors as it is to do so in public.